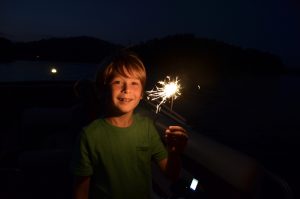 Like all red blooded Americans, I like a great fireworks show and I shoot some every year after stopping at the adult toy store feeling fireworks shops in Alabama on the way back from 30A. The question is; after you binge and buy, what will and won’t get the cops called on you in Georgia?

It used to be that all we had were sucky fountains and sparklers. Booo. Being the rednecks that we are, we passed a law allowing the following:

Cool! When can I shoot them? You can shoot fireworks any day of the year from 10 a.m. until 9 p.m on regular days. On holidays, the rules relax quite a bit.

New Years Eve until midnight and then New Year Day till 1AM. Fourth of July till midnight. You can also shoot until midnight on the Saturday and Sunday before Memorial Day, on July 3, and Labor Day. It is illegal to shoot them off while drunk, so please don’t be stupid and keep your fingers and eyes people.