A company employee has been asked to come to work for some special reason but are driving their own car; is the employer liable for a crash that happens on the way? We handled a tragic case involving this exact question. A Columbus family was in a terrible accident that killed one and badly hurt several others. In this case the defendant was a temp employee of an agency and was required to drive to work to fill out paperwork as she requested direct deposit. She fell asleep and the crash ensued. We sued the driver and the employer on a special exception theory as normally, an employee commuting in their own private vehicle is not on the job and the boss cannot be held legally responsible. 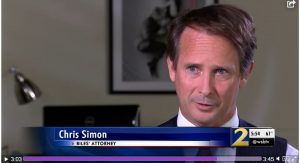 The case was heavily litigated and we settled the claim against the employer after a hearing where it was clear the judge was going to grant summary judgment and let the employer out of the case. In a recent decision, the court of appeals again took up the issue and I am glad we settled our case, as you will see.

An appeals court recently issued the opinion addressing whether the special circumstances exception applies in a Georgia car accident case involving employer liability. The case arose when a driver lost control of his work vehicle and struck another car, killing the victim and his brother-in-law. The victim’s wife filed a negligence lawsuit against the driver’s employer, alleging negligent hiring and retention, and respondeat superior. Amongst the issues was whether the special exceptions or special missions theory applied.

In this case, the driver worked for a deli owned by the defendant. In addition to working the grill line, he assisted with catering deliveries. On the day of the delivery, the state was under a state of emergency for a winter storm, but the manager called him and asked if he could assist in delivery. The driver left his house earlier than normal, and during his commute, he lost control of his car and hit the victims. A blood test revealed that the driver smoked marijuana and took pain medication the day before the collision. The defendant knew that the driver smoked marijuana but did not know that the driver had arrests for marijuana possession and traffic tickets. The defendant argued that they were not liable for the employee’s conduct during his commute to work.

Under Georgia’s respondeat superior doctrine, an employer is generally liable for injuries to another that result from the acts of an employee who was acting within the scope of their employment at the time of the accident. In most cases, in the absence of special circumstances, an employee going to and from work in a car acts only for his own purposes and not for his employer. However, a jury must resolve whether the employee’s conduct was in furtherance of the employer’s business interest. Some factors a court will evaluate include if the employee was using a phone for work-related business, if the employee was “on-call,” and whether the employee received a stipend.

In this case, the plaintiff argued that the lower court erred in concluding that the exception did not apply. She asserted that the employee was called into work early and could not decline the employer’s special request, and the catering was in the defendant’s business interest. The appeals court disagreed, finding that the special exceptions were not applicable. The court reasoned that the employee was driving his own car and was not on the clock. Further, even though the employee would receive additional compensation for the delivery, he was not paid for his commute. Finally, even though the employee may have been “on-call” on some days, in this case, he was already scheduled to work his typical morning shift. Ultimately, the court concluded that the exception did not apply, and the employer could not be held liable.

Have You Suffered Injuries in a Georgia Car Accident?

If you or someone you know has been injured in a Georgia car accident, you should contact the attorneys at the Simon Law Firm. Our law firm handles complex accident cases stemming from motor vehicle accidents, defective products, premises liability, wrongful death, and more. Our skilled attorneys have an in-depth understanding of complex Georgia tort laws. To learn more, and to schedule a free consultation with an attorney at our firm, call 404-259-7635.